Search for your recipe here: 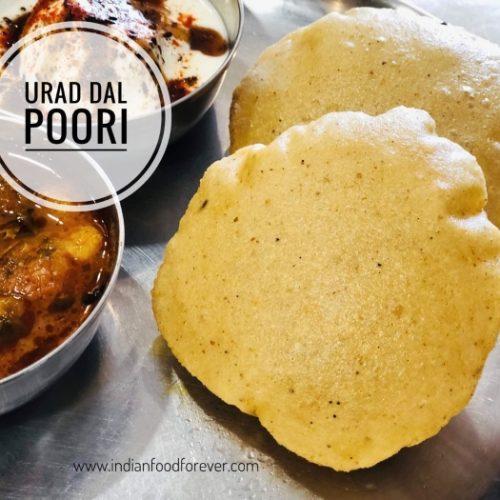 Who does’t like poori. Today we are sharing a dal hing poori recipe. It is very unique. It tastes just like dal kachori. Except it needs very little effort and expertise to make it. We can pepare the dal filling well in advance as this … 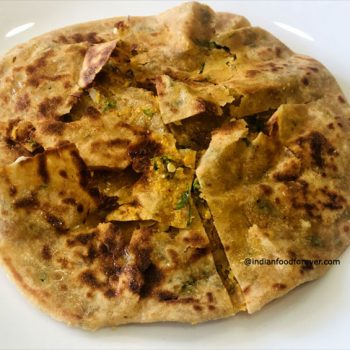 Super delicious besan pyaz ka paratha. When you want something easy and quick for breakfast or lunch, this besan onion paratha is just right. They are just right when there is nip in the air. They can be made easily and relished with curd or … 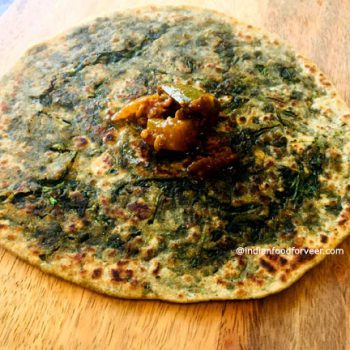 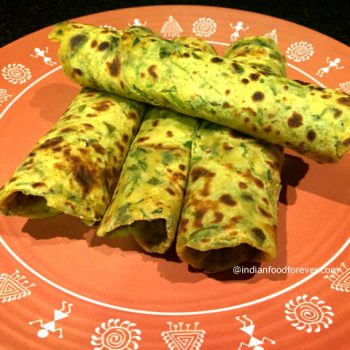 A methi thepla is a wholesome meal. Gujarati methi thepla is wheat flour roti spiced and fresh methi added.  They are perfect for travel , lunch boxes, breakfast and evening snacks. The best part is that they do not spoil very fast so one can … 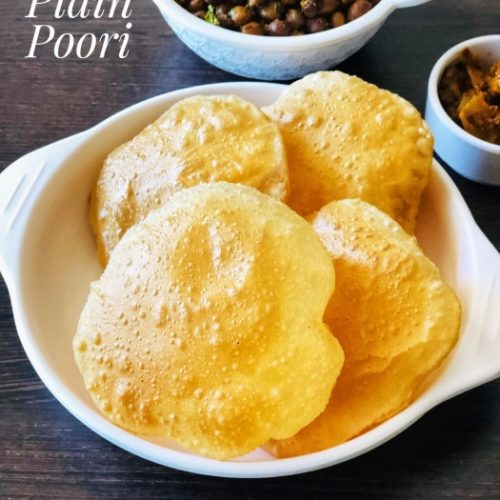 Crispy poori is a must for yummy aloo sabji, kaddu ki sabji or any other dish. Generally many find it diificult to make crispy fluffy pooris. Either the pooris are oily, not crispy, hard, rubbery, chewy or sometimes just flat. They do not fluff. But …

Tandoori roti is a very very popular bread which is made from wholewheat flour and made in a clay oven or tandoor. Learn how to make tandoori roti. Ingredients: 250 gms Wholewheat flour/ atta 1/2 tsp baking pwd 1 tblsp dahi / curd 1 cup …

Ingredients: Whole Wheat Flour (Atta) as per consumption 1 tbsp Oil Salt as per taste Butter/Ghee (Pure ghee) for frying Water for kneading How to make lachha parantha: Make dough out of whole-wheat flour (atta), 1tbsp oil & salt, as you would do for any …

Ingredients for methi parantha: 2 cup Wheat Flour (Atta) 2 cup Methi Leaves 1/2 tsp red chilly powder Salt as per taste Oil/Butter for frying How to make methi paratha: Clean the methi leaves and wash them Keep aside to let all the water drain …

Aloo ki Puri is an easy recipe which is made by stuffing boiled potatoes with spices. Learn how to make Aloo ki puri. Ingredients: 2 (100gms) boiled potatoes (for stuffing) 2 cups (400 gms) maida(refined flour) or atta 1/2 cup milk Pinch of saffron (to …

Ingredients: 2 cups Wheat Flour (Gehun Ka Atta) Water as per requirement How to make chapati: Knead soft dough with above ingredients. Leave it for atleast 30 minutes. Break off to a table tennis – ball sized (even smaller) bit of dough. Roll with help …

Ingredients: Whole Wheat flour (atta) as per consumption Eggs (same as number of parathas) 1 tbsp Oil Butter /oil for frying Salt as per taste How to make egg paratha: Make dough out of whole-wheat flour (atta),1tbsp oil and salt as you would do for … 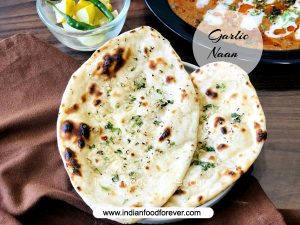